← more from
Human Pitch
Get fresh music recommendations delivered to your inbox every Friday. 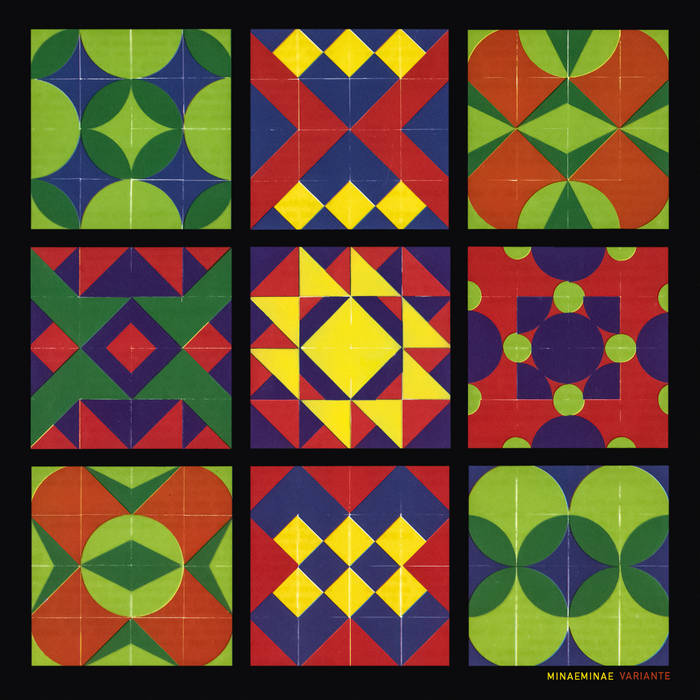 rrramico gorgeous and light. feels like a crisp walk through the park on a sunny fall day. Favorite track: Bramarbas.

Stuttgart, Germany based multimedia artist and producer MinaeMinae delivers his debut release of cosmic polyrhythmic explorations with 'Variante.' Whether beamed in from the future or uncovered from the past, Variante calls to mind a place and time far from here and now. Synthetic mallets and anti-guitars comprise the record’s gritty foundation, while interlocking melodics and where’s-the-one rhythms tessellate a kaleidoscopic patchwork.

Born and raised in a small German village far from city life, MinaeMinae’s formative musical experience began by making music for his village friends to enjoy using his tape recorder, microphone, a janky keyboard and, later, a simple freeware multitrack DAW. This sense of childlike play stayed constant throughout MinaeMinae’s adulthood and informed the process in which he created 'Variante.' “When I make music, I try to stay in an intuitive flow. I try to play as a kid would,” says MinaeMinae. “A child can play forever without becoming tired. There is no competition, no comparison, there is no direct purpose, no usability. The purpose is the game itself.”

Composed after an inspiring first trip to India, 'Variante' is an attempt to interpret the subjective impressions of his first visit outside of the western world. “I felt very naive,” says MinaeMinae. “The attempt to reflect this other world alone with my existing knowledge had to fail; it was doomed to fail. It seems to me arrogant to put this world in my mind's drawers. So I tried to see this world with an ‘innocent eye,’ through the eyes of a child.”

The term “the innocent eye” was coined by the Victorian era English art critic John Ruskin in his book 'Elements of Drawing' (1857). In order to learn how to draw, Ruskin writes that one must see the world, colors, and shades with “the innocence of the eye,” or, in other words, a childlike perception. “This approach, in the artistic sense, may be a bit dated. The concept of ‘innocence’ seems strange from today's point of view, but for me, this approach was interesting. It reduces the sensory impressions and complexity of the world which helps in creative work,” MinaeMinae explains.

'Variante' is not a direct copy or interpretation of Indian music or culture, rather, it’s “an attempt to approach the tragedy of the impossibility of complete understanding of other cultures, and to accept this tragedy with the utmost respect and humility for the foreign. This acceptance of non-knowledge creates new possibilities to musically translate my own subjective impressions,” explains MinaeMinae.

Through the percussive glimmers of 'Variante,' another far-off world, seemingly familiar and foreign, takes shape. A world that offers listeners the space for thoughts and impressions to drift, dock, or swirl in the many shifting spaces between rhythms.

MinaeMinae’s 'Variante' will be released November 1, 2019 on vinyl and digital formats via Human Pitch.

Bandcamp Daily  your guide to the world of Bandcamp